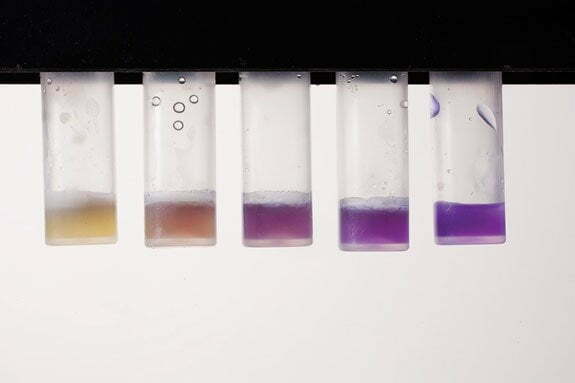 In August 2015 the Food Standards Agency FSA issued guidance on testing of milk for antibiotic residues which provided information for the milk supply chain on best practice for the detection of antibiotics in raw milk.

From the farm to the dairy processor it is a legal requirement that antibiotics do not enter the food chain and face major penalties if bulk milk is found to be contaminated with Antibiotics, but why should our milk not contain antibiotics?

Why should our milk not contain Antibiotics?

Manufacturers of cheese and yoghurts also need to make sure the raw material used milk has no or minimal antibiotics as these products are dependent on bacterial activity and the presence of antibiotics will interfere with this process and cause spoilage and waste.

The dairy industry is more competitive than ever you only need to look at the dairy aisle at the supermarket. Cheese and Yoghurt manufacturers cannot afford to receive milk from farms contaminated with antibiotics as it can seriously disrupt the supply chain and trust between the two parties rapidly broken down.

How do Antibiotics enter the dairy supply chain?

The primary and main risk point is at the farm, the dairy farmer will need to administer antibiotics for a number of different reasons throughout the life of the calf as it grows into a cow and becomes milk producing. A study in Australia by the government of Western Australia listed these common reasons for farmers to fail an antibiotics milk test

Many of the failures listed are either a result of poor communication between staff or poor identification systems, both of these can improved and reduce the risk of antibiotics entering the Milk VAT.

At the farm it is highly important that once an antibiotic has been given to a cow that the cow is then identified and removed from the herd and adherence to the withdrawal period is given. It is the farmers responsibility to establish an identification system and administer antibiotic milk tests to confirm that antibiotics are no longer present in the milk

i) food business operators must initiate procedures to ensure that raw milk is not placed on the market if it contains antibiotic residues in excess of regulated limits (Maximum Residue Limit – MRL);

ii) a representative number of random samples of raw milk collected from milk production holdings be tested for compliance with the requirement of (i) above.

iii) food business operators must inform the competent authority where the milk does not meet the requirement of (i) and take corrective measures.

The maximum reside level MRL is the level of antibiotics determined by authorities to be a safe level for human consumption generally levels are parts per billion….yes parts per billion, not million, Billion! which is a very, very small amount which highlights the sensitivity of test kits available on the market.

‘One part per billion equates to one particle existing within a substance containing 999,999,999 other particles’

The MRL is used by all kit manufacturers to establish sensitivity levels of the test and each can be different for a specific antibiotic.

The most widely used group of antibiotics globally for the treatment of bacterial infections in cattle such as mastitis, is a group called BetaLactams. Betalactams incorporates one of the most widely recognisable antibiotics Penicillin G. The MRL level for Penicillin G in Milk is set at 4ppb with many popular tests such as the DELVOTEST, ECLIPSE 3G/4G, BetaStar, BT SCAN, BT SCAN Strip offering sensitivity levels at 2-4ppb. Penicillin G can be found in branded products such as TetraDelta, Ubro Red DC, with some products containing a mixture of different antibiotics.

When selecting a antibiotic milk test kit it is important to fully understand what antibiotics have been given to the cow and the test selected detects to the MRL level for that specific antibiotic.

What type of Antibiotic Test to Use?

There are two different types of antibiotic milk tests

When considering which antibiotic milk test type to use will fundamentally depend on:-

Both test types are very simple to complete. One or two steps max then Incubate in Incubator or using ambient temperature.

The latest advancement in antibiotic testing is the introduction of Incubator Readers, although both test types listed above are simple to complete it has been noted by numerous customer’s they were sometimes difficult to read or confirm the colour change.

A number of manufacturers especially in the rapid test sector responded to customer demand by introducing an Incubator Reader which incubated and read the test device at the same time. The incubator reader used photo imaging to remove user doubt when reading the test, as well as an improvement in test time to about 3-6mins per test.

It is not common knowledge that to complete a Delvotest correctly a positive control should be run along side to know the optimal test time, a 3hr test time for the SP-NT is set as an average for simplicity.

By using the new COMET Incubator Reader, the COMET automatically recognises the optimal test time and reads the colour change, with results sent directly to an email or multiple decision makers. No longer do you have to set timers or wait for the incubator timer to finish. Using the COMET Incubator Reader saves roughly 30mins per Eclipse 4G Test average test time 2.5hrs

The IRIS Incubator reader operates the same way as the COMET but for the rapid BT Scan test devices.

To determine the absence of antibiotic residues in milk, a rapid test sometimes known as a “screening” test such as the BT Scan or BetaStar should initially be performed on a sample of milk.

It is recommended that the sample should ideally include use of what are known as negative and positive control samples (where practical and available, or as instructed by the test kit manufacturer).

Controls are used to ensure that test kits are working correctly.

Negative controls are a  “blank sample” which should show as a “pass” when the test kit is used. This provides reassurance that milk without antibiotics in it should pass when it is tested.

Positive controls are used to make sure that the chemicals in the test kits which detect antibiotics are working properly. They are samples which are known to contain antibiotics or other substances so that when put through a test kit, the result will show as a “fail”. This provides reassurance that milk with antibiotics in it should fail when tested.

LABTEK Services has been supporting the dairy farm and dairy processor since 1987, we supply a wide range of antibiotic test solutions from a range of manufacturers, please contact us should you need any assistance or guidance on the best solution for your business.